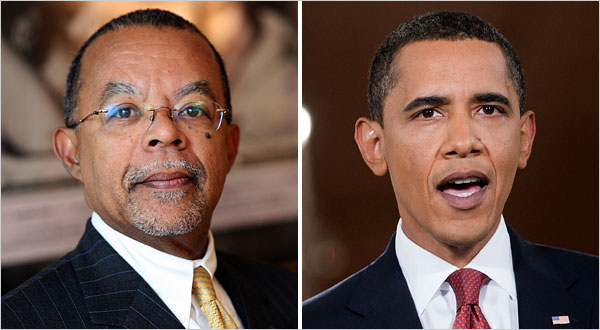 
The stock basketball one liner came to mind when I heard President Obama utter his now infamous “acting stupid” line referring to the cuffing of Harvard professor Henry Louis Gates. The star player takes a wild shot and the livid coach screams “no,” “no” “no” and then when the improbable happens and the ball swishes through the net, the coach’s livid “no,” “no,” “no” instantly becomes a fist in the air shaking “yes,” “yes,” “yes.”
My response was the same only in reverse. I said an instant and visceral fist shaking yes, yes, yes to Obama’s Gates quip. After all, the president spoke boldly and unhesitatingly on the always contentious, divisive and painful issue of racial profiling. But then just as quickly I said “no,” “no,” “no.” No, not because I didn’t think it was the right thing to do, and no not because I didn’t think he didn’t have the right to give an opinion, and it was just that an opinion on a touchy issue.

All presidents weigh in with their personal views, opinions, and thoughts, no matter how ill informed, at unscripted White House press conferences, and in countless network TV interviews on every subject under the sun. And certainly I didn’t say no because Obama shouldn’t toss racial matters and racial profiling out on the nation’s table. No apology necessary for that. The no, was because I knew that Obama would take a monster hit for piping up on a racial case that’s a ticking time bomb that could explode in his face. President’s can and do recover from ill chosen words on emotion charged issues.
In this case, though, his words came at the worst possible time; a time when the president needs to squeeze and squeeze hard every ounce of the considerable personal and political capital that he’s painstakingly built up over the past few months to get an ever growing number of push back Democrats, dogged obstructionist Republicans, and the recalcitrant powerhouse trio of insurers, medical professionals, and pharmaceuticals who flatly oppose or are waffling on Obama’s public option component of health care reform. This is the centerpiece of the reform package, without it reform is a meaningless exercise in political gamesmanship.

Two new presidential approval polls from Rasmussen and Zogby, confirmed my “no,” “no,” “no” shout. The Rasmussen is an absolute number’s nightmare for Obama. His disapproval rating has soared to nearly 40 percent among voters. Those that strongly approve of his performance sunk to 29 percent. That wasn’t the worst of the bad news. A bare 25 percent of voters thought his answer was good. More than 60 sixty percent thought it was fair or lousy. Even more ominous was the voter breakdown. The crack in Obama’s hitherto impregnable black vote support was glaring. Nearly 30 percent of black voters broke ranks with Obama on his Gates’ answer.
Among Obama’s two other huge breakthrough groups, independents, and young voters, the blowback was even more disastrous. Nearly 70 percent of Independents and nearly 50 percent of young persons rated his answer “fair” or “poor.”

This is just the opening that the usual suspect Obama foes need to pound the president, and by extension his policies on health care, the stimulus, on foreign policy overtures. All are suddenly back in play and in question as set hit pieces for the Obama mashers; but especially health care reform. The issue is no longer the standard knock that it is too costly and a gross case of too much government interference in health care. Obama is now anti-police and an out of the closet race inflamer whose judgment can’t and shouldn’t be trusted on the crucial issue of health care reform.
The more charitable don’t go that far, but instead firmly declare that the presidential honeymoon is officially over. The only good news is that Obama’s popularity outside the U.S. is still off the charts. But foreigners can’t vote for or elect the congresspersons and senators who make and decide major policy decisions, health care reform being front and center the most pressing.
Even Obama’s still high personal popularity ratings don’t mean much. Popular ratings are just that, over-hyped numbers that measure a president's likeability, not his leadership effectiveness.

The true test for a president and how the public rates him is the quality of his leadership. A foreign crisis, a souring economy, out of control partisan battles with Congress, fights with major labor and industry groups, and prolonged military adventures are the things that inflict mortal wounds on presidents. The same is true for real or perceived gaffes, slips, and shoot from the lip comments.
President Obama spoke from the heart and said would needed to be said about the thorny issue of racial profiling. Again, no apology needed for that. He just said it in the wrong case and at the wrong time. Gates was the trainwreck waiting to happen, in other words, “no,” “no,” “no.”

Earl Ofari Hutchinson is an author and political analyst. His weekly radio show, “The Hutchinson Report” can be heard on weekly in Los Angeles at 9:30 AM Fridays on KTYM Radio 1460 AM and live streamed nationally on ktym.com
Posted by The Hutchinson Political Report at 10:00 PM 6 comments: