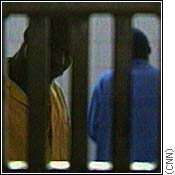 
There is still much talk about how Barack Obama’s White House win demolished negative stereotypes about blacks. That’s wishful thinking. A new study by a team of researchers from several top universities shows that stereotypes about poverty and crime remain just as frozen in time. The study found that much of the public still perceives that those most likely to commit crimes are poor, jobless, and black. The surprise was that the negative racial stereotypes also applied to anyone, no matter their color, who was poor and jobless. If for instance a white commits a crime the odds are that the respondents will reclassify that person as black.
The jumbled mental contortions that many go through to dub a white person black solely on the basis of their income and whether they have been jailed didn’t end there. If a person who was perceived as white was jailed that person was still perceived to be black even after their release. The study did more than affirm that race and poverty and crime are firmly rammed together in the public mind. It also showed that once the stereotype is planted it’s virtually impossible to root out. That’s hardly new either.
In 2003 Penn State University researchers conducted a landmark study on the tie between crime and public perceptions of who is most likely to commit crime. The study found that many whites are likely to associate pictures of blacks with violent crime. This was no surprise given the relentless media depictions of young blacks as dysfunctional, dope peddling, gang bangers and drive by shooters. The bulging numbers of blacks in America’s jails and prisons seem to reinforce the perception that crime and violence in America invariably comes with a young black male face. And it doesn’t much matter how prominent, wealthy, or celebrated a black is. The overkill frenzy feeding on the criminal hijinks of New York Giants wide receiver Plaxico Burress, O.J. Simpson, and the legions of black NFL, NBA stars, Hollywood peronalities, and entertainers who run afoul of the law or are bad behaving further reinforce the negative image of blacks.
There was, however, a mild surprise in the Penn State study. It found that even when blacks didn’t commit a specific crime whites still misidentified the perpetrator as an African-American. University researchers were plainly fascinated by this result. Five years later they wanted to see if that stereotype still held sway. By then Obama’s political ascent was in full trajectory upward. Polls showed that a crushing majority of whites not only said that they would vote for an African-American for president, but that color was not a consideration in how they viewed and voted for a candidate. This appeared to signal a benign sea change in public attitudes on race.
It didn’t. Researchers found that public attitudes on crime and race were unchanged. The majority of whites still overwhelmingly fingered blacks as the most likely to commit crimes, even when they didn’t commit them.
There are two troubling implications in these studies. One is that Obama’s victory was more a personal triumph for him. It did not radically remap racial perceptions, let alone an end to racial stereotyping. A significant percent of whites voted for him and were passionate about him because they were fed up with Bush’s policies, and believed that he would reverse those policies. The vote for him was race neutral. His victory was a tribute to his personal political organization and savvy as well as public fear and frustration about Bush. The second implication is even more troubling. If much of the public still view crime and poverty through narrow racial lens then that will continue to stir public clamor for lawmakers, police and prosecutors to clean the streets of violent criminals, who are almost always seen as African-Americans. This could mean even more gang sweeps, court injunctions, stiff adult prison terms, three strikes laws, and incarceration for teens, the holding of accused teens indefinitely in juvenile jail detention.
Ironically, Obama inadvertently fed the negative perceptions of blacks. In several much publicized talks on the black family, he blasted black men for being missing in action from the home and shirking their family responsibility. It was a well-meaning effort to call attention to the chronic problems of black males and families, but it also gave the impression that black males are dysfunctional. It was a short step from that to conclude that these same men are more likely to be involved in crime than whites.
Obama’s win was a two edged sword. It was as billed a profound historic win, but it also fanned the illusion that racial stereotypes are dead. Now we know better.

Earl Ofari Hutchinson is an author and political analyst. His forthcoming book is How Obama Won (Middle Passage Press, January 2009).
Posted by The Hutchinson Political Report at 8:55 AM 7 comments: