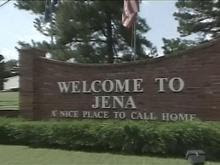 One very conspicuous person missing from the cast of thousands in Jena was Mychal Bell. The seventeen year old more than any other of the Jena 6 teens fueled the furor over the case. Bell has languished in jail since last December. He’s stayed there in part because of the heavy duty charges against him. The DA claims that several other scrapes with the law helped keep him there. But he’s there in bigger part because his family couldn’t raise the portion of the $90,000 bond the courts slapped on Bell. For a working class, black family, in a low wage small Southern town, this seems like a King’s ransom. But as bail goes in felony conviction cases, this is not exorbitant. So why didn’t civil rights leaders, the black celebrities, and the marchers that made Bell a cause celebre and eagerly mugged for the TV cameras pony up the cash to get him out?

The painful answer to that is that civil rights leaders let Bell down. They filled the air with harsh rhetoric about a new civil rights movement, hawked and wore black T-shirts with slogans like "Enough is enough" and "Free the Jena 6," and saber rattled the DA with talk about hauling him before a Congressional committee. Instead, they should have filled baskets with checks to spring Bell. British rocker/actor David Bowie pointed to this shameful failure when he did more than shout and fist wave. He put up $10,000 for the Jena Defense legal Fund. Any one of the legion of high profile, millionaire black entertainers and athletes that routinely shell out big bucks for dinners, soirees, and celebrity bashes could have easily written a check for $10, 000. But the Jena 6 cause is not a social event or a respected and safe charity. These are the kind of feel-good, safe and respectable conscience salvers that athletes and entertainers are comfortable giving too. The Jena 6 case is edgy, controversial, and squarely finger points the deep and troubling racial bias in the criminal justice system, it also makes some squirm at the uncomfortable thought of siding with black male teens. They have been relentlessly tagged as crime prone and deviant.

The reluctance of the black endowed to fork over Bell’s bail makes makes some sense given what they typically give too. The parsimony of the civil rights groups and leaders, as well as the chanting marchers, doesn’t make sense. But this is hardly the first time civil rights leaders and activists have been knocked for not putting their money where their protest is. During the heyday of the 1960s civil rights movement, Martin Luther King, Jr., logged more hours begging, cajoling, and pleading with wealthy white Hollywood celebs, foundation heads, and corporate executives to bankroll SCLC than in the streets. Without their backing SCLC would have been out of business.

The NAACP found itself on the financial rocks in the 1980s when the nickels and dimes that it relied on for decades from working class blacks dried up. To keep the doors open, it had to hustle dollars from major corporations through pricey dinners and banquets. The organization in turn was rapped by black activists for retreating from cutting edge social activism. Yet, if their corporate benefactors hadn’t filled the NAACP’s coffers it would have sunk.

The reluctance and refusal of activists that shouted until they were hoarse for “freedom for the Jena 6” to back up the call with cash for Bell is only part of the reason why Bell sat in a jail cell during the march. There’s the deep suspicion that funds raised for a political cause often get lost on the way to helping the cause. That’s a charitable way of saying that more than once large sums have been raised for a cause, and the cause turned out to be a fatter bank account for those who hustled the money. The Jena 6 case is no exception. One well-known national civil rights organization touched off howls of protests when it announced on its website that it was raising money for the teen’s legal defense. The problem was that it asked that the money be sent to it. It backpedaled fast after the outcry and quickly announced that the funds should go directly to the address of the Jena 6 Legal Fund in Louisiana.

The disgust at the injustice within the injustice of Bell still having to scratch and claw for bond money even as thousands screamed for his release prompted several civil rights groups in Los Angeles to immediately write checks for his release and his legal expenses. They didn’t stop there. They challenged the national civil rights organizations and leaders to match their donations. Their challenge was more than a grab for money for Bell. It sent a message that shouting about injustice rings hollow if it’s not matched by a willingness to make a financial sacrifice to combat that injustice.

The Reverend Al Sharpton said that he was practically moved to tears at the sight of Bell in shackles and a prison jump suit. It’s not tears that will get him out of that suit, it’s dollars. The shame is that many of those who demand his freedom didn’t put up a nickel to see that he got it.

Earl Ofari Hutchinson is an author and political analyst. His new book The Latino Challenge to Black America: Towards a Conversation between African-Americans and Hispanics (Middle Passage Press and Hispanic Economics New York) in English and Spanish will be out in October.
Posted by The Hutchinson Political Report at 10:35 PM 9 comments: