Obama Can’t Talk About Race Even If He Wants To

The bitter truth is that President Obama can’t talk about race even if he wants to. This has absolutely nothing to do with his mixed racial upbringing, or his straddle of many worlds. It has everything to do with politics.
If Obama spoke out on race he’d confirm the deep suspicions of the right that he’s a closet racial panderer, ala Al Sharpton and Jesse Jackson. He’d also get creamed as a Democrat who tilts to minorities. Democratic presidents and candidates Clinton, Gore, and Kerry in four presidential elections avoided that tag like the plague. It was deemed a political kiss of death. Obama followed the same script to the letter during the presidential campaign. He talked race only when he was shoved to the wall forced to denounce his former pastor Jeremiah Wright. That was the price to save his campaign.

Obama well knows that the GOP lost an election, but it still packs a wallop. It can disrupt, obstruct, and create chaos for his administration, his political agenda, and him personally. And it does it not only because that’s the warfare that Republicans wage against Democrats anyway, but because the GOP has masterfully reignited its populist base against Obama. The base is rock solid conservative, lower income white male loyalists, with a heavy mix of hard line Christian fundamentalists. Despite the GOP’s wailing that racism has nothing to do with the white fury at Obama, the final presidential vote gave ample warning that many white voters do not and will not accept a black president. Contrary to popular belief, McCain (not Obama) won a slim majority of the vote of white independents in the final tally. Obama bombed badly among Southern and Heartland America white voters. They gave McCain nearly 60 percent of the overall white vote. The percentage he got was even higher among white males.

McCain would not have been competitive in the presidential campaign without their vote. The flip side is that Obama would not have been competitive if African-American voters had not turned his election into a virtual holy crusade and gave him a record percentage and record number of their vote. Hispanic, Asian, young voters, and a significant percentage of independents, and progressives also gave him overwhelming support.
It's true that blue collar white voters have shrunk from more than half of the nation's voters in the past decade to less than forty percent in national elections. This hardly means that the GOP's white vote strategy is doomed to fail. Elections are usually won by candidates with a solid and impassioned core of bloc voters. White males, particularly older white males, vote consistently and faithfully. And they vote in a far greater percentage than Hispanics and blacks have in most elections.

Blue collar white male voters can be easily aroused to vote on the emotional wedge issues; abortion, family values, anti-gay marriage and rights, and tax cuts. GOP presidents and aspiring presidents, Nixon, Reagan, Bush Sr. and W. Bush, and McCain and legions of GOP governors, senators and congresspersons banked on these voters for victory and to seize and maintain regional and national political dominance. It didn’t work for the GOP in 2008 only because of Bush. His mangle of the war and the economy, and the terrible stench of GOP corruption and sex scandals, was too much even for legions of traditional GOP voters to stomach. Their vote for Obama or more likely their decision not to vote at all was more a personal and visceral reaction to their horror of the mess Bush and the GOP made of things. The GOP may well be an insular party of Deep South and narrow Heartland, rural and, non-college educated blue collar whites. But this isn’t a demographic to sneer at. Their numbers are still huge.
The recent straw poll among religious conservatives which put former Arkansas Deep South, religious fundamentalist governor Mike Huckabee at the top of their vote heap as their presidential pick in 2012 should not be laughed off or ridiculed. Huckabee’s base will be the same conservative white voters who turned out in record numbers to put Bush over the top twice in 2000 and 2004. They haven’t gone away. And race always lurks just underneath the surface to add an ugly but potent color to their vote and national politics.

If Obama ran around and talked candidly about race or tried to spark a dialogue on race as some clamor it would turn his administration into a referendum on race. This would set the GOP counterinsurgency on fire. Obama can’t talk about race even if he wants to.

Earl Ofari Hutchinson is an author and political analyst. His forthcoming book, How Obama Governed: The Year of Crisis and Challenge (Middle Passage Press) will be released in January, 2010.
Posted by The Hutchinson Political Report at 12:24 PM 2 comments: 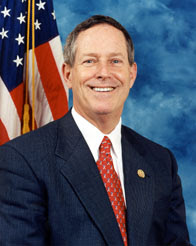