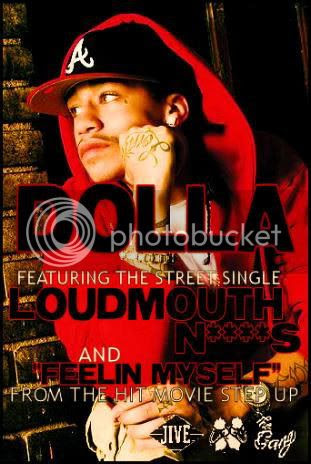 A few years back media outlets took shocking note of a deadly and disturbing phenomenon. A lot of rap artists were suddenly turning up dead. Dead actually is not the right way to describe their deaths. They were murdered, and their murderers in almost all cases were other rappers, or their friends, or the associates of rival rappers. The most celebrate killings were those of rap big wigs Tupac Shakur and Notorious BIG. The rap victims were killed at parties, at nightclubs, in recording studios, or while sitting in their cars. One was even killed while allegedly trying to knock over a convenience store. Since then the body count has climbed even higher with the latest casualty figure being rapper Dolla given name Roderick Anthony Burton II gunned down at a shopping center in Los Angeles.

Dolla’s murder along with those of the others killed again tossed an ugly glare on a problem that has bedeviled the rap business, and a bigger problem that chronically plagues young black males. The personal feuds, jealousies rivalries, and unvarnished gangsterism that is rife among some in the rap industry has deeply planted the sordid image in the minds of many that the rap industry is synonymous with gangs, crime and violence. The Dolla killing reportedly was preceded by a gang brawl in a parking lot outside an Atlanta club. This is an all too familiar rerun of mob brawls that have been the prelude to the murders of the other rappers.

The murders of the rappers have done more than batter an image of an industry branded and universally reviled as violent, self-destructive and self-indulgent. It has also reinforced the stereotypes of young black males as inherently gang attracted and violence prone. Though it is a vicious and unfair stereotype since the overwhelming majority of young black males do not engage in the gratuitous violence of some in the rap world. They have gotten the emblematic rap as being a part of that world because the gun toting rappers and their violence prone hangers ons feed off the bad actor lifestyle and play hard on the us versus them volcanic rage of some young blacks.

But black-on-black violence though exploited, glorified, and even celebrated, especially if there’s a payoff in it, is hardly an invention of rappers. The biggest buyers of and copy cat attraction of rap music and even the rapper lifestyle has been non-blacks. They are the ones who jingle the cash registers for the rap industry. But the bitter truth is that they aren’t the face of the violence in the rap world, and they aren’t the ones that much of the public would never dare finger as the ones responsible for violence and murder among young persons.

Young blacks are the ones who are fingered. And tragically in the last two decades, murder has been at or near the top of the list of the leading causes of death of black males under age 25 years. Their assailants were not white racist cops or Klan nightriders but other black males. Their death tolled has soared because far too many Americans still don’t get too excited about black violence as long as it doesn't spill over the borders of the ghettos into their suburbs.
Pent-up anger and frustration, though, among some black males is only one cause of the dangerous cycle of black-on-black violence. Some black males are engaged in a seemingly eternal desperate search for self-identity and esteem. Their tough talk, swagger, and mannerisms are defense mechanisms they use to boost their esteem. They measure their status or boost their self-worth by demonstrating their proficiency in physical fights, assaults and, yes murder.

Some blacks even make a litany of excuses, such as poverty, broken homes, and abuse, to excuse the violence. These explanations for the mindless violence that thug acting rap entrepreneurs engage in are phony and self-serving. Many of them of the rappers who have landed hard in a court docket are anything but hard-core, dysfunctional poverty cases. Yet the internal rage that propels them to commit thuggish acts still lay dangerously close to the surface.

None of this is consolation to Dolla and his family. Sean "Diddy" Combs who is certainly no stranger to controversy and has had his run ins with the law praised Dolla as a good kid. However, Combs had a cautionary note in his praiseworthy words about Dolla and that was not to take life for granted. His message was not for Dolla but for the potential targets and potential victims of those who exult the gangster violence that many in the rap business seek to make their fortune from exploiting. It’s a message that those within and without that world should heed.

Earl Ofari Hutchinson is an author and political analyst. His weekly radio show, “The Hutchinson Report” can be heard on weekly in Los Angeles on KTYM Radio 1460 AM and nationally on blogtalkradio.com

Posted by The Hutchinson Political Report at 4:03 PM 7 comments: